Being the sunniest country in Europe, Portugal is a great destination to plan your cycling holiday during the winter. With around 3000 sunny hours per year, it has a mediterranean climate with significant influence from the Atlantic Ocean. In the North of the country, during winter months, you'll find high humidity with some precipitation but, down south, humidity gradually reduces and climate becomes drier - average annual precipitation down south is less than 500 mm.

So, during the first months of the year, it's generally advisable to explore the south of Continental Portugal - Algarve and Alentejo's coastlines or inland Alentejo - or visit the Azores archipelago, home to a sub-tropical climate and right in the middle of the warm watered Gulf Stream, meaning that it never gets too cold or too hot - during the winter months the average temperatures can hover around mid 50s F (14 C), but you can expect to find all the seasons in one single day in São Miguel island.

Spring in Portugal begins early, as nature wakes up in late February - April is still a bit rainy, but the weather becomes much warmer.

Here are a few options we suggest to plan a winter cycling holiday in Portugal for 2020:

Bike Tour in the Southwest Coast - Alentejo and Algarve

This 7 day tour will have you explore the Portuguese Southwest Coast's natural park, and is located in the warmest regions in Portugal, with lowest precipitation levels, making it a great winter destination for cycling. In this tour, you'll ride from start to the end of the “Costa Vicentina” natural park, experiencing the laidback and relaxed atmosphere of this region of the Alentejo and Algarve. This is a Mountain bike tour, in which you'll explore the beautiful backroads and trails by the cliffs and beaches of the Southwest Alentejo natural park, the finest preserved stretch of European coastline, covering over 100 km.Ride by long stretches of sand and small beaches nested between the cliffs and rocks like such as Almograve, Monte Clérigo, Arrifana or Praia do Amado, many of them preserved in a virtually unspoilt state, explore quaint fishermen villages, their local gastronomy and wines and ride up to Cape of São Vicente and the nearby Sagres promontory, that housed the famous nautical school founded by the Infante D. Henrique in the 15th century.

You can book a private self-guided or guided tour in the region, or even join a group tour starting on the 23rd of February, during "Carnival" - visit our group tour calendar at https://llride.com/open-dates-calendar/ 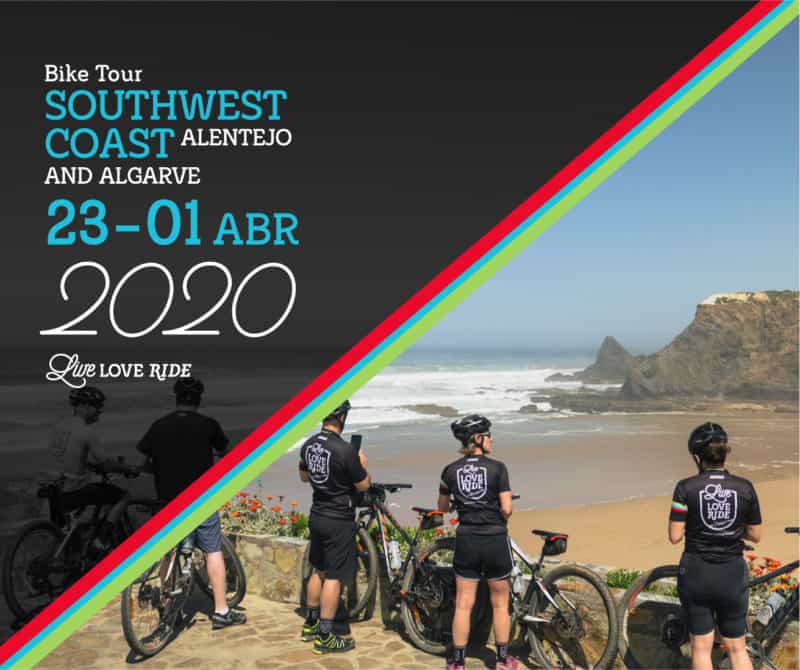 This is an easy to moderate bike touring experience, where you'll ride by the UNESCO world sites of Évora, Monsaraz and Vila Viçosa, exploring the vineyards of one of the world's best wine countries. A bike tour in the sunny Alentejo plains, suited for every type of rider, where you'll explore the natural beauty of the vineyards and olive fields, admire the Alqueva lake and its Dark Sky reserve as well as trying the delicious local gastronomy. You'll start riding from Évora, capital of Alentejo and, for the following days, you'll be riding by the backroads of Alentejo, visiting the monuments of the region like the Almendres Cromlech or the Diana temple, tasting the beautiful wines of Cartuxa and Esporão and enjoying the rural landscape of the Alentejo "Montado". After exploring Évora in a series of loop rides that can take you as far or as close as you wish, you'll ride towards Monsaraz, to explore the margins of the Alqueva Lake and the fortified village atop the lake. From your hotel in Monsaraz, you can choose to explore the region's vineyards in several loop rides. Leaving Monsaraz, you'll ride north, towards Vila Viçosa, in te middle of the marble region, to explore the marble quarries, Ducal Palace and castle and, in a series of loop rides from your hotel, ride up to Estremoz, Serra D'Ossa, Borba, and more.

You can book a private self-guided or guided tour in the region during the winter months. Click here for more info on this cycling holiday in Alentejo.

On this weeklong road bike tour you'll be riding by São Miguel island, in the Azores archipelago, voted best island destination of the world by National Geographic and located in the middle of the Atlantic Ocean, halfway between Europe and the USA. The 9 Azores Islands are the result of the outpouring of lava from the ocean floor, as it stands on the ridge between the tectonic plates of Eurasia and North America. Its sub-tropical climate, evergreen fields with luxuriant pastures, flowers, endemic flora and fauna make it a great destination for cycling enthusiasts who want to embark in a challenging adventure in one of the most unique and quaint destinations in the world.

You can book a private self-guided or guided tour in the region during the winter months. Click here for more info on this cycling holidays in Azores. 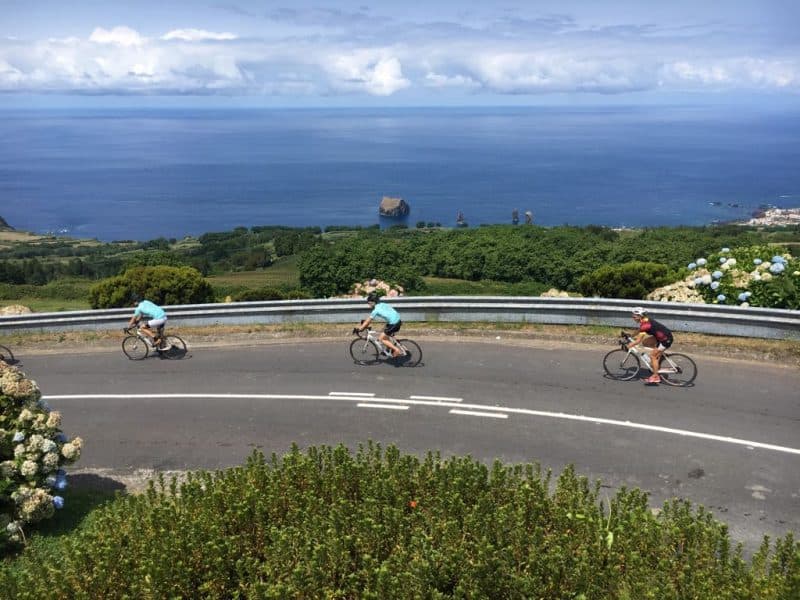 Book your spot on a 2020 open date tour until 31/12/2019, to benefit from a 5% discount on the price per guest ( does not accumulate with other discounts of promotions). Click on the link to view all our upcoming guided tours